You Are Here: Successful Take Off of "CARL II" student rocket 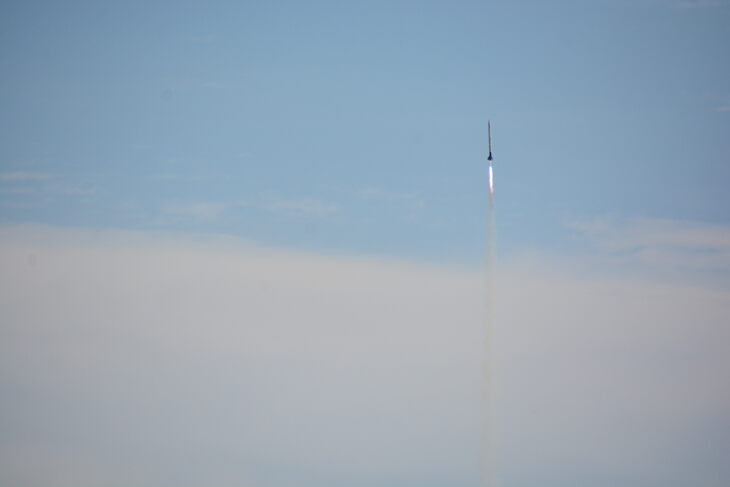 Space Team Aachen is the association for space-loving students at RWTH Aachen University. In mid-October, Space Team Aachen once again took part in EuRoC, the largest student rocket competition in Europe, where it successfully launched the club's second competition solid rocket, CARL II. CARL II reached an apogee of 2840 m and a maximum speed of 280 m/s.

During the descent the main parachute got caught and did not open fully, so the impact was a little stronger than expected. Apart from that, the flight can be considered a complete success, as the recorded data and most of the systems could be recovered without damage. Including images from the on-board camera! Thus, this and all future generations of Space Team Aachen can learn a lot from the flight of CARL II. 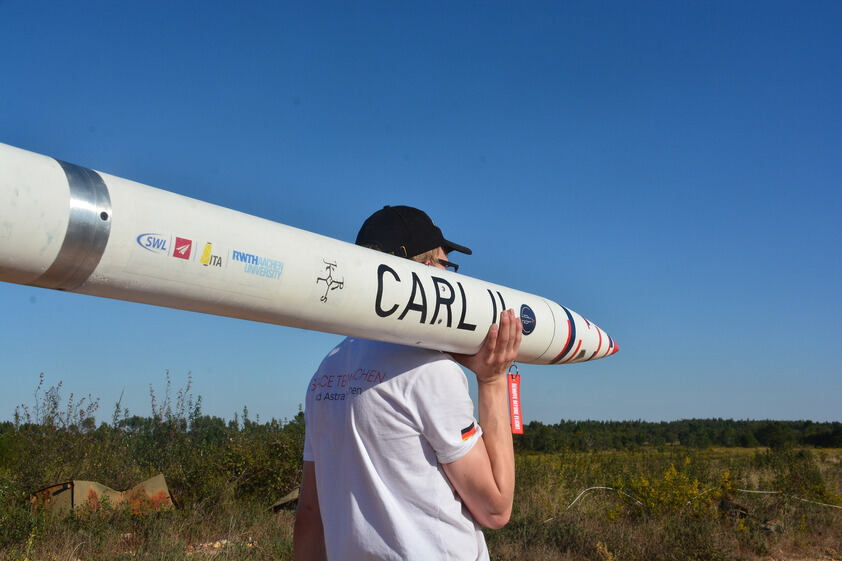 The Institut für Textiltechnik (ITA) of RWTH Aachen University supports Space Team Aachen in the design and manufacture of the body tubes, which form the central structural parts of the rocket. The manufacturing methods provided by ITA enable the production of these body tubes from CFRP, resulting in a lightweight and robust structure. ITA is also supporting Space Team Aachen in the development of the new rocket, STAHR, which is to reach an altitude of 10 km with a self-developed engine. For this rocket, the association needs a fuel tank for the first time, which is to be designed and manufactured with the help of ITA.