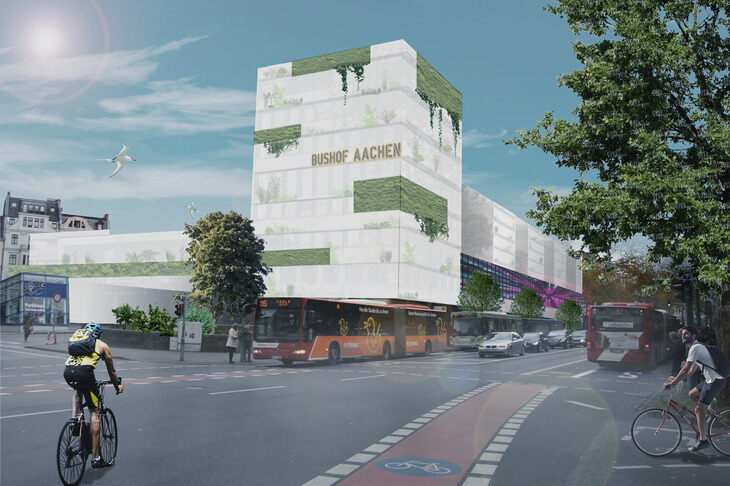 Aachen researchers have developed the adaptive textile facade green.fACade, which was presented on 2nd August 2018 in the Aachen Faculty of Architecture of RWTH Aachen University, Germany. green.fACade is installed in front of a building like a second skin and can permanently reduce nitrogen oxide pollution in cities. 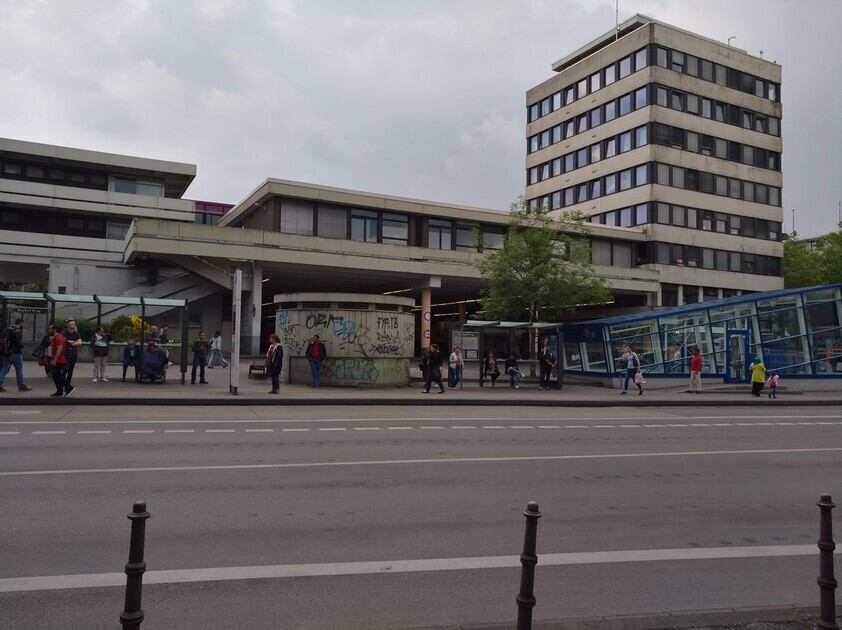 The researchers achieve the reduction of harmful nitrogen oxides (NO and NO2) by coating the facade with titanium dioxide. Titanium dioxide acts as a photo catalyst and enables the oxidation of nitrogen oxides to form washable nitrate (NO3-). Since the facade is also greened, it contributes to the conversion of carbon dioxide into oxygen by photosynthesis. In addition, a green facade creates an optical resting point in the cityscape and reduces urban heat through evaporation cooling. The enclosed pictures demonstrate how the introduction of green.fACade can have an effect. The p icture above shows the Aachen Central Bus Station after, the picture on the right before the possible introduction of green.fACade.

green.fACade is part of the innovative research project "adaptive textile facades", which uses the special properties of textiles. Thanks to its design, textiles can let sunlight and air through, thus contributing to a modern, aesthetic building design. A new feature of the research project is that further elements such as the titanium oxide coating or sun protection elements are integrated into the textile facade and placed in front of the existing building facade. The adaptive textile facade acts independently and thus reduces energy consumption through the positive climatic effects on the building facade. 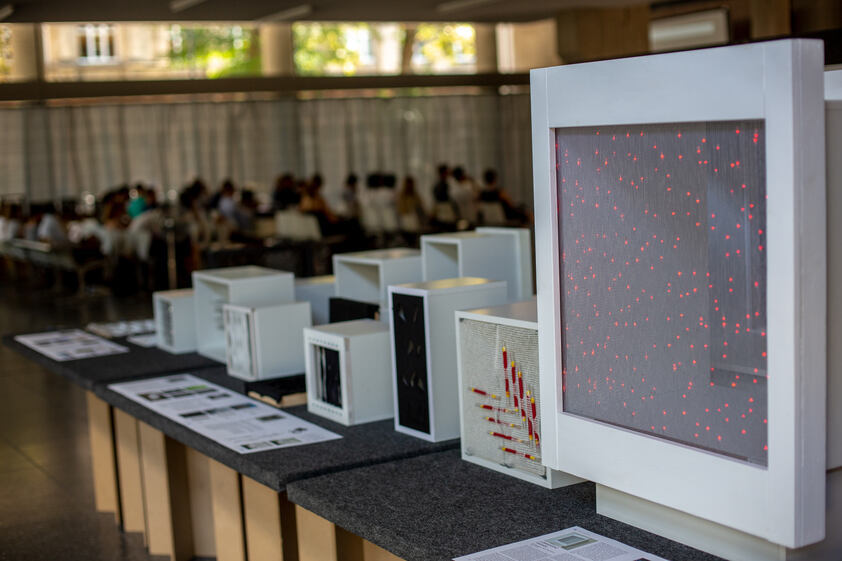 Copyright: © Jonas Höhmann Exhibition “Adaptive Textile Facade” in the foyer of the Faculty of Architecture

"Adaptive Textile Facade" is part of a current research series with the aim of developing innovative facade constructions that are climate-neutral and increase the comfort of local residents. The research team consists of the three RWTH fields of architecture (Faculty of Architecture, PhD student architect M.Sc. Jan Serode), medicine (University Hospital RWTH Aachen, Clinic for Ophthalmology, Prof. Dr Walter) and textile technology (Institut für Textiltechnik, Prof. Dr Gries) and was able to contribute its expertise in the best way possible.

This summer the research team was supported for the first time by the Munich architectural office Auer Weber, represented by managing director Philipp Auer: "For us architects, developments in the field of textile outer shells are a special challenge. Here, highly developed textile materials and processing methods are combined with the lightness and grace of fabrics. Adaptive textile facade elements will increasingly turn the "building shell" into a "building skin", a system that not only offers weather, heat and sun protection, but is in constant intelligent exchange with its environment". 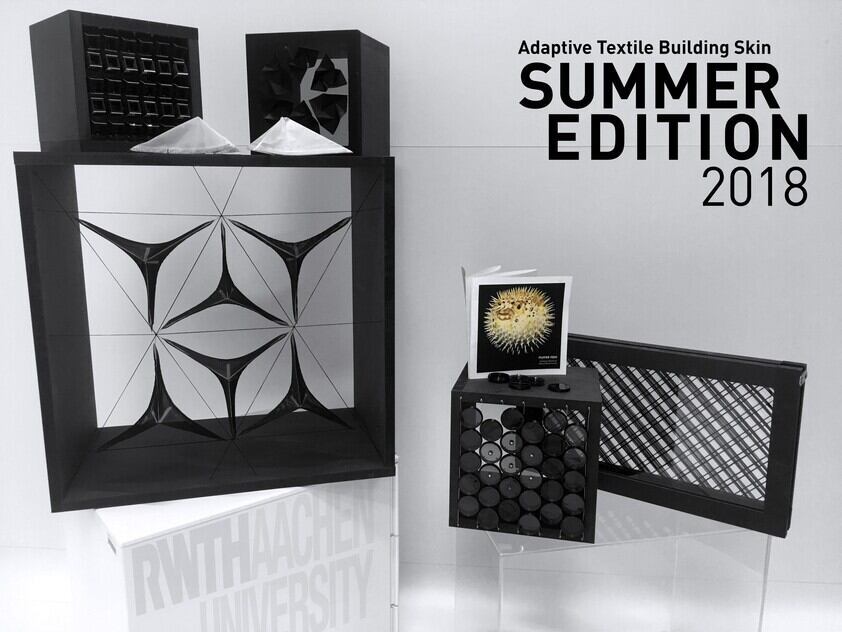 The great importance of these topics for the public was documented by the presence of Kirsten Roßels, representative of the Department of Economics, Science and Europe of the city of Aachen. Ms Roßels explains: "As the city of Aachen, we are delighted with the innovative and future-oriented project ideas that are being developed at Aachen University, such as the adaptive textile facade. These developments underline the importance of Aachen as a city of science and I would appreciate it if these and other technologies became visible in Aachen in the future".

Professor Dr Gries from the Institut für Textiltechnik sums up: "As textile researchers, we see a great opportunity to develop specific solutions for our urban living spaces together with renowned experts from other disciplines. I'm sure we can make the urban climate more pleasant and reduce pollution."