You Are Here: Medical Support for Syria

Dr.-Ing Adnan Wahhoud, alumni of the ITA, founded an organization to provide medical support for children in the war area of Syria. 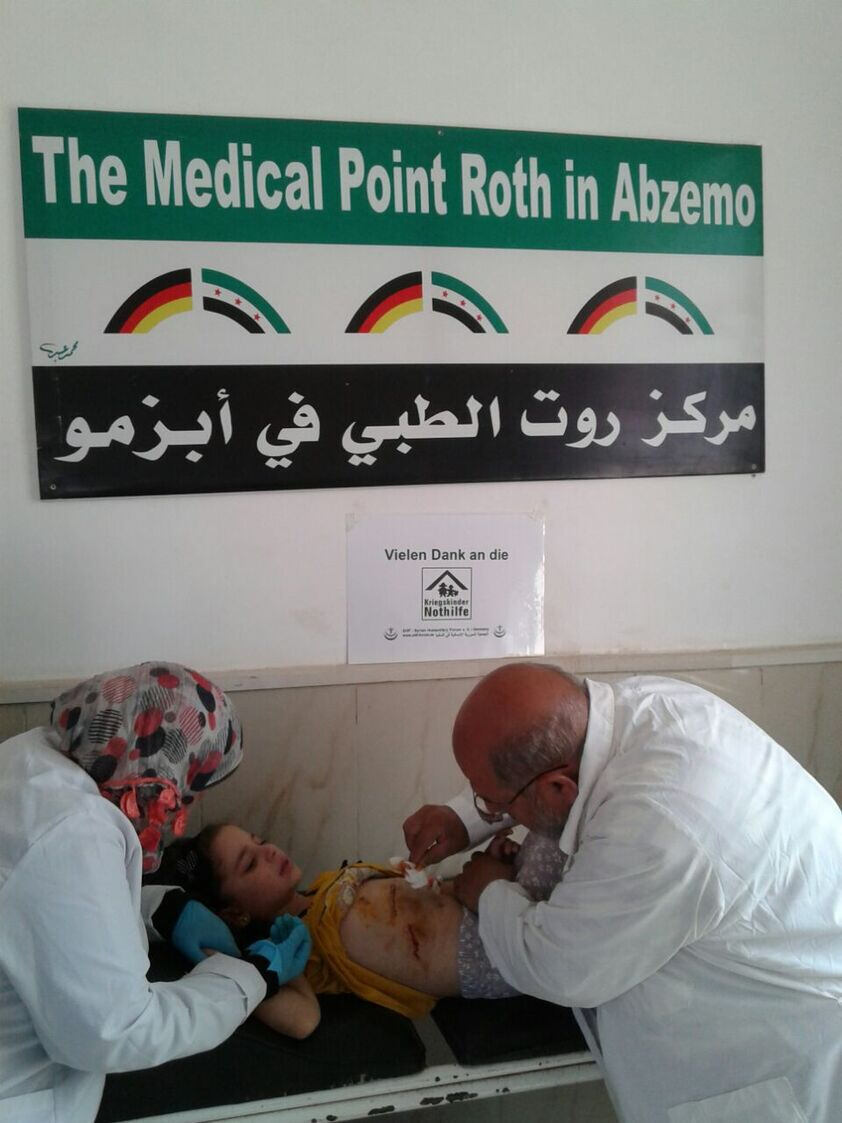 After finishing his PhD at the ITA 30 years ago, Dr. Wahhoud started a very successful career. Many years he worked as the head of development for Lindauer Dornier which is one of the world’s leading textile mechanical engineering companies.

When he retired five years ago, he could not stand the news of the misery that war has brought to his home country anymore. In an improvised and privately organised campaign together with a doctor and his wife, Dr. Wahhoud ran a temporary “Medical Point”. This brought medical aid and treatment free of charge to people in areas where the provision with primary supplies had collapsed. After this campaign, it became clear that such a support is needed continuously and professionally organized.

Since then, Dr. Wahhoud founded six “Medical Points” in the region of Aleppo – Idlib in the north-western part of Syria. These supply points provide medical treatment free of charge and supply of medication. In 2016, nearly 80.000 people were treated of which 70 % were children. The medical staff is recruited locally and money for salaries and medication comes from donations collected in Germany. Local organizations provide their premises.

Additionally, Dr. Wahhoud supports families with orphan or half-orphan children whose fathers died in acts of war. And he collects clothes and distributes them personally.

Many friends and companies in Germany help the project by donating money, items and professional logistical support. Due to the personal dedication of Dr. Wahhoud, every donated euro runs into direct local support without any administrative costs.